â€œWhat Constitutes the Legitimate Use of Force?â€ is a thorny and much debated question in modern political theory and just war doctrine. Under what conditions is the use of force moral? When is it immoral? How much force is enough? What is excessive use of force? Do some types of governments, by virtue of their structure, have a greater right to use force than others? How much force against individuals should be allowed to secure some greater good?Â  The articles in this issue each address this issue of the legitimate use of force, directly or indirectly, from a variety of perspectives.
END_OF_DOCUMENT_TOKEN_TO_BE_REPLACED END_OF_DOCUMENT_TOKEN_TO_BE_REPLACED

Many of the key issues of our turbulent age are presented in this issue of IJWP. It contains hints of the outline of how a post-Westphalian, post-bipolar world is shaping up. We have not come close to creating a world of peace, but we are learning a few things that I hope we can collectively remember to come closer to the end of a history of abuse of power.
END_OF_DOCUMENT_TOKEN_TO_BE_REPLACED END_OF_DOCUMENT_TOKEN_TO_BE_REPLACED

On Thursday, November 8, 2007, representatives of NGOs from around the world gathered in Toronto, Canada for the annual meeting of the World Association of NGOs (WANGO) on the theme â€œEthics and Global Peace: NGO Perspectives.â€ There were many Canadians in attendance. As we learned later, NGOs account for 7.3% of the GDP of Canada, the highest recorded for any country, making it an excellent place to hold a WANGO conference. END_OF_DOCUMENT_TOKEN_TO_BE_REPLACED END_OF_DOCUMENT_TOKEN_TO_BE_REPLACED

From the early United Nations plans for a two-state solution in the Middle East to the present, plans for a two-state solution have come up against immovable obstacles. The original UN plan for Israel would have led to a state that was indefensible in a hostile environment. The plan for a Palestinian state failed to comprehend that the Palestinians, unlike the Jews, had not created an apparatus for self-government. The architects of the plan also failed to allow for the Arab nationalism and anti-colonialism that would impel the Arab states to war and long-term hostility. END_OF_DOCUMENT_TOKEN_TO_BE_REPLACED END_OF_DOCUMENT_TOKEN_TO_BE_REPLACED

Russia’s Foreign Minister Lavrov created quite a stir when he withdrew his article “Containing Russia: Back to the Future?” from publication in Foreign Affairs and submitted its uncensored version to Russia in Global Affairs. In that article he lamented what looks to be a return of a Cold War mentality in some U.S. foreign policy circles. He argues that we should bring back a pre-World War I system of states based on the Westphalian model.

In his essay in International Journal on World Peace, (September, 2007) Morton A. Kaplan argues that this discussion of the international system is an important one. He too laments any belligerent Cold War attitudes but argues that the solution will not be in going further back in history to go forward. Kaplan argues that the world has changed much and a Westphalian system is no longer possible or desirable. The United Nations, which presupposes such a system of sovereign states, must also be reformed to adjust to numerous levels of global interaction that place limits on state sovereignty. 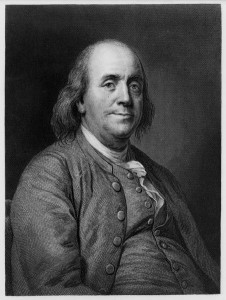 Benjamin Franklin (January 17, 1706—April 17, 1790) was born in Boston, Massachusetts, to a tallow-maker. He became a newspaper editor, printer, merchant, and philanthropist in Philadelphia, Pennsylvania. He was one of the most prominent of Founders and early political figures and statesmen of the United States. As a “self-made man” noted for his curiosity, ingenuity, generosity, and diversity of interests, he became an inspiration and model for many early Americans. END_OF_DOCUMENT_TOKEN_TO_BE_REPLACED END_OF_DOCUMENT_TOKEN_TO_BE_REPLACED

The International Conference on World Peace (ICWP) began as the fruit of the first professor exchanges between Korea and Japan. Academics without the vested interests of political and religious leaders were able to foster greater understanding and cooperation than had been possible in the cultural and political spheres. They are organized by the Asian chapters of PWPA.

Dr. Morton A. Kaplan, Distinguished Service Professor Emeritus at the University of Chicago, and former publisher of The World & I magazine, has had one of the most varied and unusual careers in academia.

His path-breaking book, System and Process in International Politics (1957), began the scientific study of international relations. It was one of the first three volumes republished by the European Consortium for Political Research in their classics of political science series. His numerous other books include Science, Language and the Human Condition, and Law in a Democratic Society. He is one of the few writers who has taken a synoptic approach to philosophy while using analytic techniques.

Dr. Nicholas Kittrie is Chairman of the Eleanor Roosevelt Institute for Justice and Peace. He is also University Professor and Edwin A. Mooers Scholar at American University’s Washington College of Law. Dr. Kittrie formerly served as counsel to the United States Judiciary Committee and Vice Chairman of the United Nations Alliance of Non-Governmental Organizations on Crime and Justice. Founder and chair of the American Society of International Law’s Interest Group on the Status of Minorities and other Communities, Dr. Kittrie has also served as director of research for the American Bar Association and past President of the American Society of Criminology, and is currently chair of the executive committee of KVK Communications Ltd.

Dr. Kittrie has served as a consultant to the United States Vice President’s Task Force on Combating Terrorism, and a consulting delegate to the Interpol General Assembly. He was designated a Senior Fellow by the National Endowment on the Humanities in 1974, and 1979-80 Visiting Fellow at the National Institute of Justice, US Department.

Dr. Kittrie is the author of numerous books, including The Future of Peace in the twenty-First Century, The War Against Authority: From the Crisis of Legitimacy To a New Social Contract, Rebels With A Cause: The Political Offender and the Rules of Resistance, and International Crimes and Punishments: Selected Documents on International and Transnational Criminal Law and Procedure. Kittrie’s other works include The Right To Be Different: Deviance and Enforced Therapy, Crescent and Star: Arab and Israeli Perspectives on the Middle East Conflict, Sanctions, Sentencing and Corrections: Policy, Law and Practice and The Tree of Liberty: Rebellion and Political Crime in America.

Dr. Kittrie is President of PWPA-USA.

Dr. Neil A. Salonen is President of the University of Bridgeport in Connecticut, and Chairman of the Board of Professor’s World Peace Academy. He has a distinguished record of accomplishment in managing non-profit organizations. Most notable, he headed the International Cultural Foundation since 1973, a group that has organized and promoted international conferences focusing on academic, scientific and cultural exchanges.

As a specialist in the politics of China, he visited over 15 times; he had an opportunity to meet with administrators, faculty and students in Beijing, Nanking, Shanghai, Kunming, and Shenzhen. He also served as political advisor to a delegation of American gymnastic coaches during their visit hosted by the Chinese Olympic Committee in 1989.

He originally studied engineering at Cornell University, but later graduated in Political Science from the University of the State of New York. In April 2000, he received a Doctor of Literature, honoris causa, from Han Seo University in Seoul, Korea.

Dr. Salonen serves on the Board of Directors of the Bridgeport Regional Business Council, the Bridgeport Education Fund; and the Executive Committee of the Connecticut Conference of Independent Colleges as well as being a proud member of the Rotary Club of Bridgeport. In addition, he was appointed to the Presidents Leadership Group of the Higher Education Center for Alcohol and Other Drug Prevention, and was chosen to serve on the President’s Executive Committee for the New York Collegiate Athletic Conference.

He earned a Bachelors Degree in Mechanical Engineering at the University of Minnesota, an M.Div. in Christian Ethics at Union Theological Seminary and his Ph.D. in Philosophy of Religion at the Claremont Graduate University.

He has lectured on issues related to society in over forty countries, and spent extensive time working in Eastern Europe and the Soviet Union to establish chapters of the Professors World Peace Academy in the late 1980s.