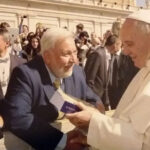 Mr. Safi Kaskas is both a spiritual scholar as well as an entrepreneur and consultant in strategic planning, leadership and business ethics with an emphasis on strategic management in the corporate and academic worlds. He is a co-founder of East West University, Chicago, IL; and a Senior Researcher in Islam and Multifaith Reconciliation with George Mason University, Center for World Religions, Diplomacy and Conflict Resolution
Please see some of Mr. Kaskas’ important publications, and read a more full biography by clicking on the “continue reading” link just below.
We hope you enjoy this interview with Mr. Kaskas, as we examine together key spiritual, theological, and doctrinal questions relevant to relations  between Islam and Christianity. The interview is enlightening, and moves to some poignant, rich, and encouraging places 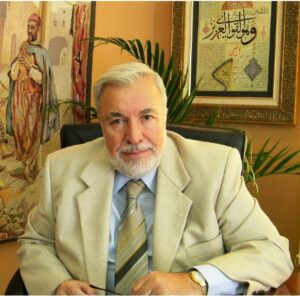 Safi Kaskas is an administrator in the managerial sciences with over 40 years of broad-based experience in strategic planning, leadership and business ethics with an emphasis on strategic management in the corporate and academic worlds.

He is a co-founder of East West University, Chicago, IL; and was elected as President of its Board of Directors from 1979 – 2005. He continues to serve on its board as an ex officio.

He is the Founder and President of Strategic Edge Management Consultants, Mr. Kaskas helped many mid-level and large corporations successfully develop their business portfolios. His consultant firm focused on strategic development within the health care industry and founded the American Strategic Healthcare Management Company (ASHM) which is active in the healthcare field in Jeddah, Saudi Arabic.

In addition to his focus on strategic management science, Mr. Kaskas has studied Abrahamic religions and lectured throughout the US and the Middle East on subjects related to Islam, interfaith and reconciliation between Evangelicals and American Muslims.

He is Senior Researcher in Islam and Multifaith Reconciliation with George Mason University, Center for World Religions, Diplomacy and Conflict Resolution

The Italian translation to The Qur’an with references to the Bible was completed in April 2016 and was presented to his holiness Pope Francis 1 during the same month.

He just completed compiling the first Hadith book/collection of Prophet Muhammad’s sayings on “The Kindest of Manners”. The book will be published during this year.

Mr. Kaskas is a member of the board of the Vatican Foundation International Center Family of Nazareth.

Bringing Abrahamic Peace:  Bridging the Qur’an and the Bible

The Qur’an tells us that since the origin of all the revealed books is God Himself, the essential message communicated through them should be the same. (Quran 42:13). Each one of these books, however, has a different style. The Torah is historical; the Gospels are biographical, while the Qur’an is neither. It does not unfold in a linear manner, and it does not progressively develop from one theme to another. Many western scholars said that they found themselves disoriented and quickly discouraged before, what they thought, is the apparent disorder of the Qur’anic text.

They actually approached the Qur’an with the wrong expectations.

The Qur’an does not describe itself as a book to compete with the Torah and the Gospels. It often refers to both and confirms them. (5:44,46)

This is because it is a commentary on both. Let me repeat this. When the Qur’an mentions an event like Exodus, its purpose is not to retell the story but to comment on specific events from the story to either make God’s intentions clearer or to correct previous understanding. This is what I mean by saying the Qur’an is a commentary on the Bible.

As an ecumenical book, the Qur’an is a strong enough bridge to mend the Christian-Muslim divide, when it is read according to its own view of itself, and its historical context is valued (Q2:62,63; 5:69 ). Yet there are some ambiguities in its presentation. Muslims and other believers must accept those ambiguities as an intentional quality of revelation. Indeed the Qur’an says of itself that the unclear (mutashābihāt) verses are intentionally so (Q3:7). And if ambiguity is an intentional quality of revelation, then humble orthodoxy is the appropriate response. Humble orthodoxy allows for the deliberate ambiguity of scripture to cover disputes on issues that lack clarity. But this is not what is happening today. Even teachings common to all three religions, found in all three books, can still divide the followers of these three religions. Let me take the two greatest commandments as a case in point.

Let’s start with loving God. Some Evangelical Christians keep on wondering if Muslims are worshiping the same God of the Bible. In fact this same question caused a considerable controversy not long ago in a Christian seminary.

It also provoked Miroslav Volf, one of the world’s foremost Christian theologians, to write a book on the subject called Allah: A Christian Response. It was a timely and provocative argument for a new pluralism between Muslims and Christians. In a penetrating exploration of every side of the issue, Volf makes an exceptional argument for effecting a unified understanding between Islam and Christianity.

Some Muslims might have the same questions about what God means to Christians and how can they believe in a Trinitarian God while claiming to be Monotheistic at the same time. Much work needs to be done on this front to clarify this subject. This work is mainly taking place at this time in the United States among the interfaith groups that are mushrooming everywhere.

The key to a prospering democracy is to encourage interfaith communication among its diverse population if it wants to establish peaceful coexistence between them that can develop later into pluralism. Interfaith groups usually start by learning to show respect to people of other faiths, including those who do not identify with faith at all. The objective of interfaith communication is not to resolve our faith-based differences but to appreciate others’ faiths. Despite having different beliefs, we should still be able to work together for the betterment of our communities. The essence of his work as far as I am concerned is for me to accept you with your faith, the way you are. To let you worship God the best way you know-how, while I worship God the best way I know-how.

This issue aside, we will be left in our churches, synagogues, and mosques with the second commandment.

The adoption of this simple code of conduct as taught by all scriptures can go a long way in healing the strained relationship between people of various faiths. The Qur’an goes a step further. Where Jews, Christians and Muslims are divided and cannot resolve their differences, the Qur’an prescribes an appropriate arena for competition. We are to compete with each other in good deeds. The Qur’an says:

“We have assigned to each of you a law and a way of life. If God had wanted, He could have made all of you a single community, but instead, He is testing you by means of what He has revealed to you. So compete in doing what is good. You will all return to God, and He will clarify these matters about which you have differed.” Q5:48

Social justice is a wonderful arena for competition, as Micah 6:8 encourages us, “O people, the LORD has told you what is good, and this is what He requires of you: to do what is right, to love mercy, and to walk humbly with your God.”

It is an appropriate response from the people of the book to accept this Biblical/Qur’anic challenge. Even the methodology of that dialogue is explained in the Qur’an; “Invite (all) to the way of your Lord with wisdom and beautiful exhortation, and argue with them in ways that are best.’     (al-Nahl; 16:125)

For Jews, this call is not new. It has a name. It’s called Tikkun Olam or fixing what is wrong with the world. For Christians, it is building a community of neighbors, while for Muslims, it was originally reflected in the Constitution of Medina written by Prophet Muhammad based on pluralism, the freedom of thoughts and the freedom of religion. It also has a name it’s called El Convivencia. To me in today’s United States, I call for the establishment of a family of believers, where we all love God, and we all practice loving the other members of the family. 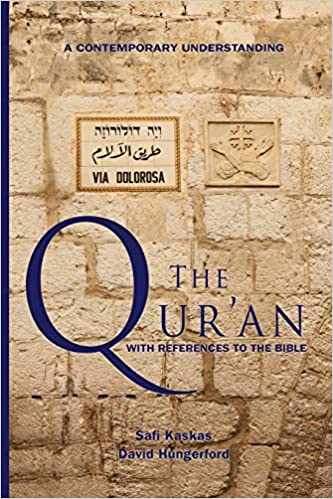 Buy The Qur’an with References to the Bible at Amazon