↓
Home→Podcasts→Author Bill Gertz on China and his most recent work, Deceiving the Sky 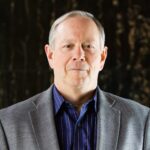 He is the author of eight books, four of which were New York Times bestsellers. His most recent book is Deceiving the Sky: Inside Communist China’s Drive for Global Supremacy. is the subject of this interview

Mr Gertz wrote Betrayal: How the Clinton Administration Undermined American Security, that was on the New York Times bestseller list for several weeks.

His second book, The China Threat: How the People’s Republic Targets America, was released in November 2000, followed by “Breakdown: How America’s Intelligence Failures Led to September 11,” that too became a national bestseller.

Read more about Deceiving the Sky here below 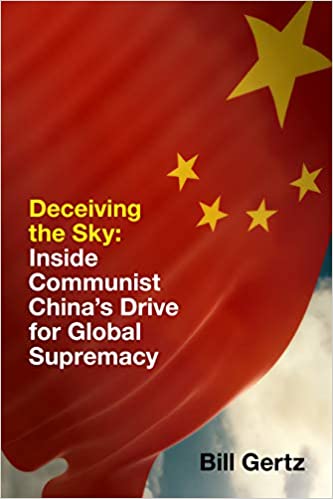 Forty years later the hope of producing a benign People’s Republic of China utterly failed. The Communist Party of China deceived the West into believing that the its system and the Party-ruled People’s Liberation Army were peaceful and posed no threat. In fact, these misguided policies produced the emergence of a 21st Century Evil Empire even more dangerous than a Cold War version in the Soviet Union.

The United States’ approach to China since the Communist regime in Beijing began the period of reform and opening in the 1980s was based on a promise that trade and engagement with China would result in a peaceful, democratic state.

Successive American presidential administrations were fooled by ill-advised pro-China policymakers, intelligence analysts and business leaders who facilitated the rise not of a peaceful China but a threatening and expansionist nuclear-armed communist dictatorship not focused on a single overriding strategic objective: Weakening and destroying the United States of America.

Defeating the United States is the first step for China’s current rulers in achieving global supremacy under a new world order based an ideology of Communism with Chinese characteristics.

The process included technology theft of American companies that took place on a massive scale through cyber theft and unfair trade practices. The losses directly supported in the largest and most significant buildup of the Chinese military that now directly threatens American and allied interests around the world. The military threat is only half the danger as China aggressively pursues regional and international control using a variety of non-military forces, including economic, cyber and space warfare and large-scale influence operations.

Deceiving the Sky: Inside Communist China’s Drive for Global Supremacy details the failure to understand the nature and activities of the dangers posed by China and what the United States can do in taking needed steps to counter the threats.