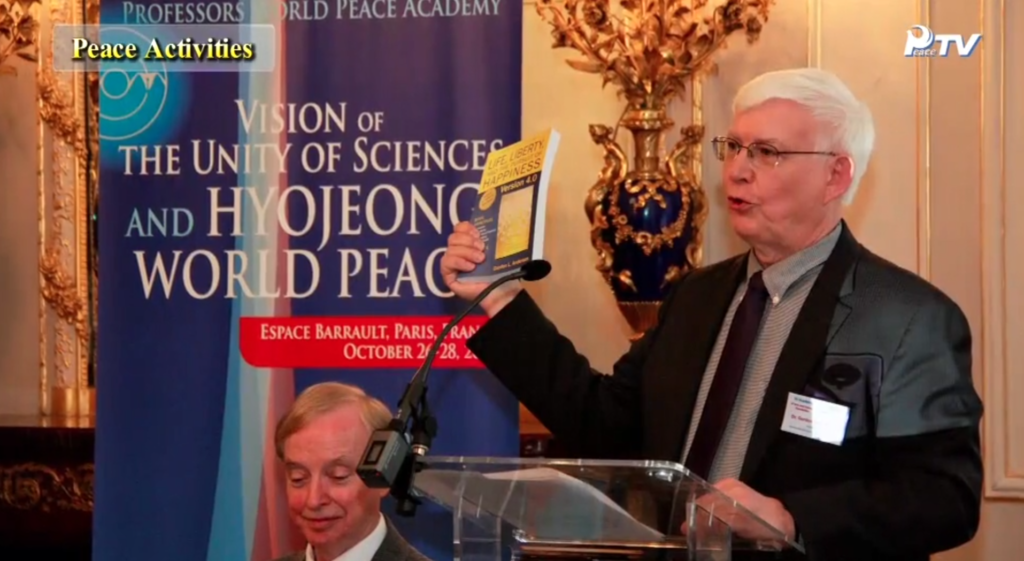 France was a significant location to discuss the future of PWPA, since PWPA is rooted in the social sciences and August Comte, the “Father of Sociology,” was French. Comte spoke about three levels of social consciousness: the theological, the metaphysical, and the scientific (based on empirical methods). In his presentation, Dr. Anderson spoke of the need to develop a fourth level of consciousness, because the empirical sciences only examine what is.

The result is that any values produced by the social sciences are called “norms.” However, normative behavior is often violent and less than desirable. Those social scientists who promote values rooted in a vision of what the world could be like inevitably rely on their theological, ideological, or metaphysical worldviews.If the social sciences are to be guided by some vision of reality that is not grounded in theology or metaphysics, they could develop a notion of universal human values that can be studied and validated using empirical methods.

Dr. Anderson’s paper provided an overview of the history of PWPA, focusing on the study of world social systems: the Soviet System, the Chinese system, and Liberal Democracies. He provdided suggestions of how PWPA could now move to the study of social reforms that could raise these existing systems and the social consciousness that underlies them to the fourth level of social consciousness that moves beyond the moral relativism that dominates the social sciences currently.

Several European PWPA leaders from England, Spain, the Czech Republic, Russia, Switzerland and France were present and very hopeful that PWPA could experience a revival in Europe with the support of the HyoJeong Academic Foundation.