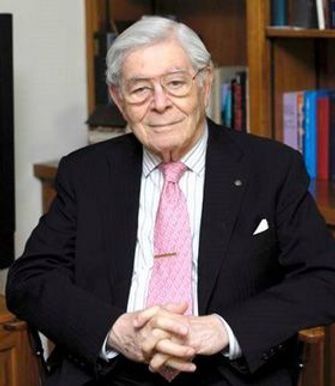 Professor Richard L. Rubenstein and his wife Dr. Betty Rogers Rubenstein were beloved friends and caring mentors for me.

Dr. Betty died May 19, 2013 at the age of 92. Dr. Richard died May 18,  2021 at the age of 97. I have never seen love and respect greater than Richard’s love for Betty. Their care and lifelong guidance for me came distinctly from each, but always, finally as a single thing. It was comforting, and pushed and inspired me to strive. I wanted to become what they seemed to see in me. So many of their fleeting words remain alive in me now, fresh as the day they were spoken.

When Dr. Betty died, I worried or wondered how so great a loss of a partner so dear would impact Dr. Richard. The Jewish relationship with life and death to me is the finest I know, and Richard’s life, in his closing years, was a  reliable paragon of proficiency, command and clarity. Richard’s closing years proved the integrity and force of his earlier years and courageous life. I continued to be blessed with the beauty and elegance of Richard’s social kindness and keen insight even after Dr. Betty was gone.

My own life serves the mission of interfaith. Not the gooey, feels good, and looks cool kind, but the damn difficult kind, in which much hangs in the balance, and cues for progress or disaster vanish and reappear in complex, haunting ways. In this work, Drs. Richard and Betty were my Jewish partners and advisers. As I think now on the path we traveled together my heart wells up.

I love Richard and Betty, and owe them much, both of the substance of my dreams, and of the difficult road that recedes as battles won. 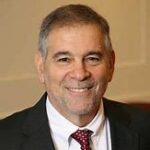 One of the people Richard introduced me to is Professor Michael Berenbaum. Like Richard, Michael is straight, kind, and genius.  Dr. Berenbaum (as you can learn from a second’s search) “is an American scholar, professor, rabbi, writer, and filmmaker, who specializes in the study of the Holocaust. He served as Deputy Director of the President’s Commission on the Holocaust (1979–1980), Project Director of the United States Holocaust Memorial Museum (USHMM) (1988–1993), and Director of the USHMM’s Holocaust Research Institute (1993–1997).”

Michael also helped me in the tasks I set for myself, striving to prevent suffering, even death arising from inflamed religious passions and misunderstanding.

When I learned that Richard died, apart from feeling sad and lonely, I also felt scared and worried. I knew I would want to eulogize Dr. Richard properly, but I knew the magnitude of his significance was beyond my grasp and ability. I knew I could never do that effort justice. I felt great relief to discover that Dr. Michael Berenbaum in fact did set his knowledge and the intimacy of his experience with Dr. Rubenstein, (both personally and intellectually) to undertake to honor Richard’s story. There might be some other person on earth who could meet that challenge as well, but I myself know of no such person.

Please read Dr. Berenbaum’s account of Dr. Rubenstein’s life in Forward. Dr. Berenbaum points to some of its magic, and offers  insight into Dr. Richard’s impact on thought and history in our time.