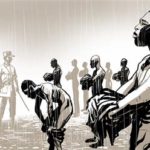 Dr. Drissa Kone was raised in a northern Cotes D’Ivoire (Ivory Coast) village, and came to the United States in 2007. In gentle but industrious ways, Dr. Kone followed a path of dedication and service resulting in his recent appointment to Director of the Doctoral Program for Unification Theological Seminary.

Dr. Drissa’s The Path to Peace: Transforming Pain into Love, based on personal life experiences and careful research, provides the source material for this interview. These experiences in conflict ridden Cotes D’Ivoire (at the time) and subsequent research into dynamics of personal transformation comprise the content of this fascinating exchange. 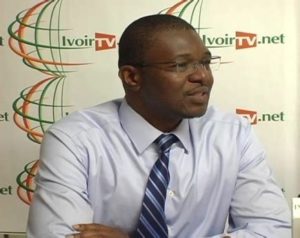 Dr. Kone’s experiences, and insights for transcending the evils of injustice offer important insights and recommendations to help guide our relationship to current challenges regarding race and histories of injustice

Click here to see how to buy Dr. Kone’s book

Click here to see the cited passage from the interview:

In September 2002, civil war broke out in the Ivory Coast. Three months later, I was stopped at a police checkpoint in the city of Yamoussoukro. The policeman took my identity card and said: “Your name is Drissa Koné, you are Dioula,[1] a supporter of Alassane Ouattara[2]” (the main political opponent, accused of working behind the scenes with rebels). I was arrested and imprisoned in a military camp. “Drissa Kone” is a common Muslim name in the northern Ivory Coast. I was mistakenly perceived as one of “them.”

In the military camp, I saw many other people who were arrested based on their ethnicity or religious beliefs. Some people were killed, and others tortured to near death. I, too, was tortured every night by the soldiers. For three days, I went without food and feared that I would die. I was angry and resentful for being a victim of political injustice. In my mind, I determined that if I could escape from prison, I would actively join the rebellion and take revenge. On the third night of my imprisonment, however, I had a spiritual experience with Christ. His exact words to me were: “If you forgive those who hurt you, you will receive salvation.” I instantly burst into tears and responded, “I will follow you all my life.”

Even though I was still in pain, I found the strength to let go and forgive those who had mistreated me. It was revealed to me that healing was a process, and forgiveness was not instant, but possible. My journey to personal transformation began there. From that day, everything in me shifted from seeking revenge to seeking peace. My wounds became my strength and the reason for my calling: to become a peacemaker. Forgiving someone who hurt you is not common sense. Most people reject this idea. We do not see much value in it. Our natural tendency is to retaliate automatically. If we reflect on our own actions and tendencies, we naturally come to realize this.

Every time I share spiritual experiences with others, I receive different kinds of reactions. Some people have asked me if I became Christian because I had an experience with Christ. Some have asked me why I am still going to the mosque. Others are just amazed that I had the experience. My response is always, “I am a Muslim who loves Christ.” This might be more difficult to comprehend or accept by those who dwell too much on the concept of “us versus them.”

Christ’s message to me transformed my heart. It was a universal message for every human being. It was not necessarily a calling to join a religious denomination. Following Christ was about walking in his footsteps and “forgiving the enemy.” Forgiving those who mistreated me was the point of my experience; it was for the sake of peace.